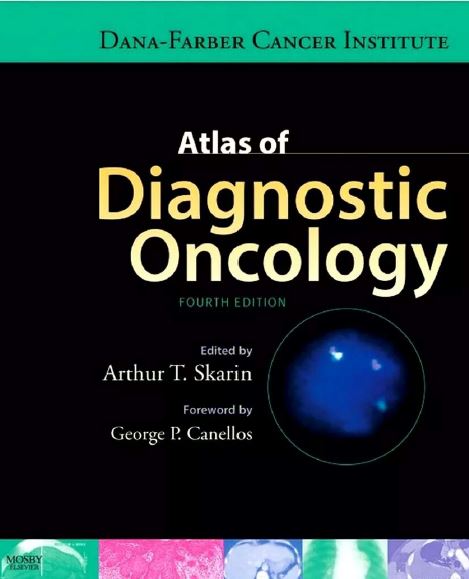 Considerable progress has occurred in the fields of oncology and hematologic malignancies during the 7 years since the third edition of the Atlas of Diagnostic Oncology was published. As a result, it was felt that a fourth edition of this teaching textbook was justified. All chapters from the previous edition have been updated, many with new co-authors, and several chapters have been extensively revised to include new knowledge and data in molecular biology, genetic studies, and staging procedures. Two new topics have been added, the first to Chapter 7: “Cancer of the Gastrointestinal Tract” (Neuroendocrine tumors by Dr. Matthew Kulke) and the second to Chapter 12: “Sarcomas of Soft Tissue and Bone” (Gastrointestinal Stromal Tumor by Drs. Suzanne George, Jason Hornick, and George Demetri). With the rapid progress in technology, specialization, and staging studies in the field of radiology, the topic of nuclear medicine has been expanded into a new and separate chapter organized by Drs. Annick van den Abbeele and Steven Burrell. Likewise, a new chapter, titled “Malignant Mesothelioma,” has been developed by Drs. Pasi Jänne, David Wu, and Lucian Chirieac, experts in this challenging and aggressive disease now seen with increased frequency worldwide. Malignant mesothelioma was previously covered in the Lung Cancer chapter, after initial discussion in the Sarcoma chapter. One other new chapter has been added to this Atlas—Chapter 20, “Complications of Cancer,” by Dr. Nadine A. Jackson and myself—to complement Chapter 21, “Systemic and Mucocutaneous Reactions to Chemotherapy”. Thus, the fourth edition of Atlas of Diagnostic Oncology has five new chapters and topics with a total of 24 new authors and coauthors, all with academic positions at Harvard Medical School and cancer experts at the Dana-Farber Cancer Institute, Massachusetts General Hospital, and the Brigham and Women’s Hospital. The chapter format has remained the same: a general review of the cancer including incidence, epidemiology, etiology, and histopathology with molecular biology when relevant, and clinical features, which is followed by diagnostic studies and current clinical and pathologic staging