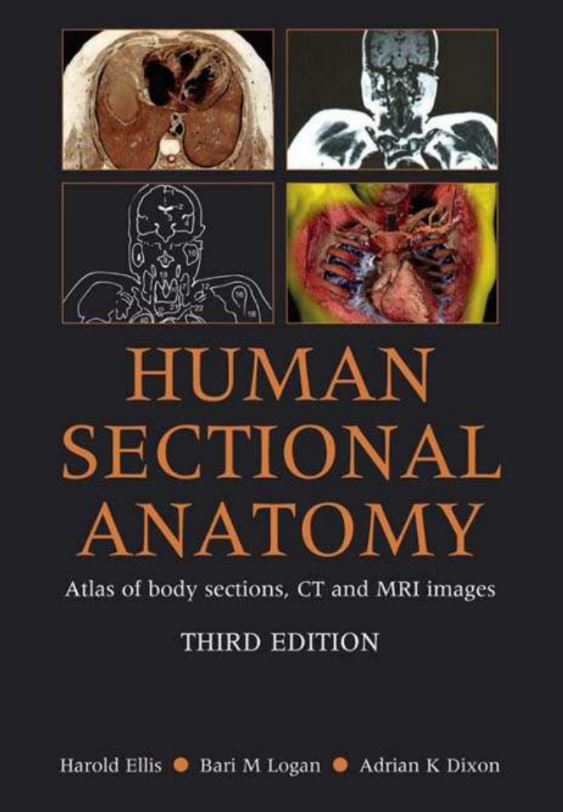 The study of sectional anatomy of the human body goes back to the earliest days of systematic topographical anatomy. The beautiful drawings of the sagittal sections of the male and female trunk and of the pregnant uterus by Leonardo da Vinci (1452– 1519) are well known. Among his figures, which were based on some 30 dissections, are a number of transverse sections of the lower limb. These constitute the first known examples of the use of cross-sections for the study of gross anatomy and anticipate modern technique by several hundred years. In the absence of hardening reagents or methods of freezing, sectional anatomy was used seldom by Leonardo (O’Malley and Saunders, 1952). Andreas Vesalius pictured transverse sections of the brain in his Fabrica published in 1543 and in the seventeenth century portrayals of sections of various parts of the body, including the brain, eye and the genitalia, were made by Vidius, Bartholin, de Graaf and others. Drawings of sagittal section anatomy were used to illustrate surgical works in the eighteenth century, for example those of Antonio Scarpa of Pavia and Peter Camper of Leyden. William Smellie, one of the fathers of British midwifery, published his magnificent Anatomical Tables in 1754, mostly drawn by Riemsdyk, which comprised mainly sagittal sections; William Hunter’s illustrations of the human gravid uterus are also well known.
The obstacle to detailed sectional anatomical studies was, of course, the problem of fixation of tissues during the cutting process. De Riemer, a Dutch anatomist, published an atlas of human transverse sections in 1818, which were obtained by freezing the cadaver. The other technique developed during the early nineteenth century was the use of gypsum to envelop the parts and to retain the organs in their anatomical position – a method used by the Weber brothers in 1836. Pirogoff, a well-known Russian surgeon, produced his massive five-volume cross-sectional anatomy between 1852 and 1859, which was illustrated with 213 plates. He used the freezing technique, which he claimed (falsely, as noted above) to have introduced as a novel method of fixation. The second half of the nineteenth century saw the publication of a number of excellent sectional atlases, and photographic reproductions were used by Braun as early as 1875.