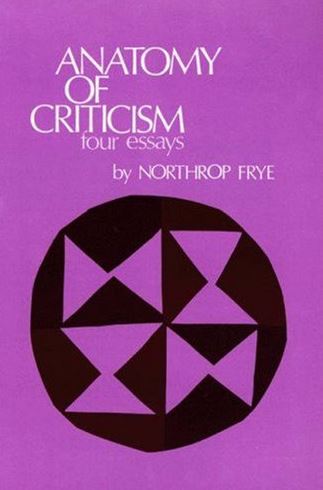 THIS book forced itself on me while I was trying to write some thing else, and it probably still bears the marks of the reluctance with which a great part of it was composed. After completing a study of William Blake (Fearful Symmetry, 1947), I determined to apply the principles of literary symbolism and Biblical typology which I had learned from Blake to another poet, preferably one who had taken these principles from the critical theories of his own day, instead of working them out by himself as Blake did. I therefore began a study of Spenser’s Faerie Queene, only to dis cover that in my beginning was my end. The introduction to Spenser became an introduction to the theory of allegory, and that theory obstinately adhered to a much larger theoretical structure. The basis of argument became more and more discursive, and less and less historical and Spenserian. I soon found myself entangled in those parts of criticism that have to do with such words as “myth,” “symbol,” “ritual,” and “archetype,” and my efforts to make sense of these words in various published articles met with enough interest to encourage me to proceed further along these lines. Eventually the theoretical and the practical aspects of the task I had begun completely separated. What is here offered is pure critical theory, and the omission of all specific criticism, even, in three of the four essays, of quotation, is deliberate. The present book seems to me, so far as I can judge at present, to need a com plementary volume concerned with practical criticism, a sort of morphology of literary symbolism.