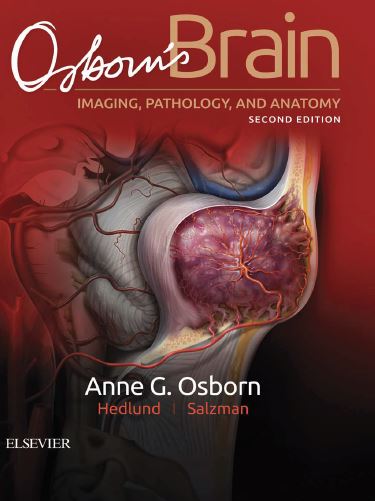 With Osborn’s Brain, irst edition, not only did I break a promise to myself that I would “never, EVER write another prose-based textbook,” I would have been stunned to know I’d actually write a second edition of the book! But here we are, ive years later, and I’ve done it. There have been so many changes in neuroradiology since the publication of the irst edition that I wanted—and needed—to do a thorough update. This edition is actually more than just an update; it is a major rewrite. Most of the 4,000+ images have been replaced with new, even better examples, and there are numerous new diagnoses that are presented. The Cancer Genome Atlas project has revolutionized our understanding of CNS neoplasms, and the exploding knowledge was relected in the latest World Health Organization’s Classiication of Tumours of the Central Nervous System, published just a year ago. The “4-plus” WHO forms the basis of the completely rewritten neoplasms section of this edition. For those of you who are new to Osborn’s Brain, both the irst and second editions are written as a curriculum in neuroradiology. The “must know—now!” topics such as brain trauma, stroke, and brain bleeds are covered in the irst few chapters of the text. The book is meant to be read cover to cover, progressing through all the major areas of neuroimaging and neuropathology. While the basics are emphasized, there is a great deal of “advanced” information (read: fellow-and-beyond level stuf) that practicing neuroradiologists will ind helpful and informative. As with the irst edition, this book is image-rich with hundreds of color graphics and gross pathology examples that inform the thousands of new, up-to-date images. I’ve expanded on my trademark summary “blue boxes” that are scattered throughout the text, allowing for a quick review of the essential facts.